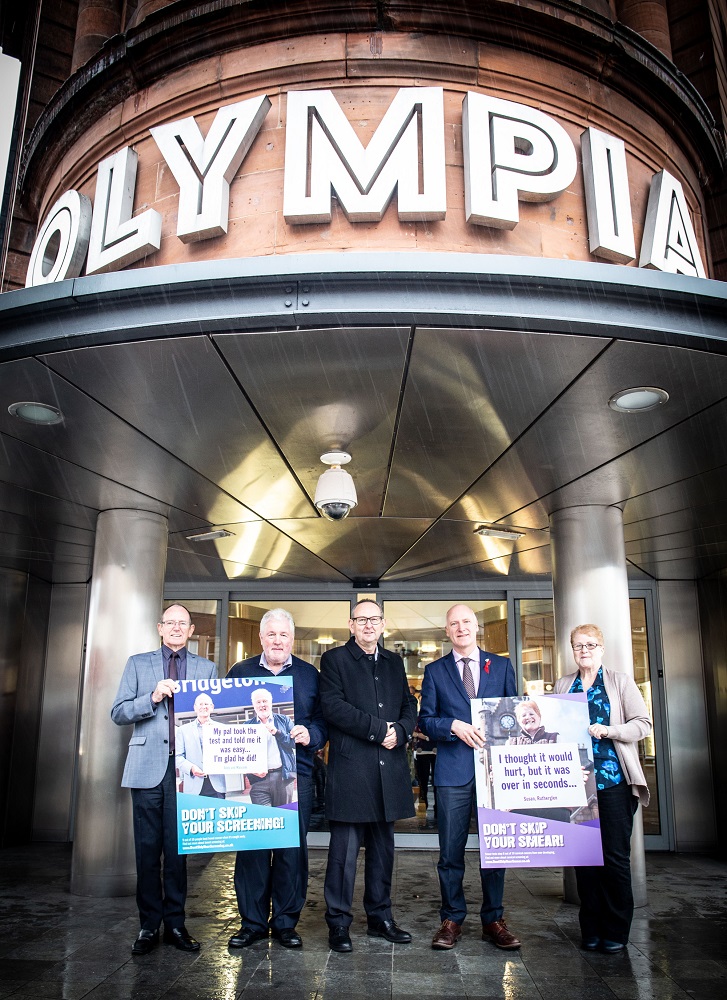 Participating in national screening programmes for bowel, breast and cervical cancer is one of the best ways to detect cancer early and improve survival rates. However, in Clyde Gateway (which encompasses areas of East Glasgow and South Lanarkshire), fewer people are taking part in screening compared to the Scottish average.

The project aims to tackle head-on some of the most common reasons people give for avoiding screening. Research shows that embarrassment, fear of pain, inconvenient appointment times, fear of finding out they have cancer, or in the case of bowel screening, feeling that it is dirty or unhygienic are all contributing factors.

The Screening Inequalities project aims to tackle these factors in several ways. A striking marketing campaign and website – “Don’t Skip Your Screening” - featuring local residents and doctors, has been co-produced in consultation with the local community. Drop-in smear test clinics are running in Sandyford East at Parkhead Health Centre on selected Saturdays. Seven ‘cancer coaches’ have also been trained to lead a programme to educate adults with learning disabilities and their carers on the importance of attending screening.

Ian Manson, Chief Executive of Clyde Gateway said: “The innovative marketing campaign has been worked up with the support and guidance of local people, many of whom are actually featuring within the publicity materials.  The project itself is part of our wider efforts to improve the lives of everyone living in the Clyde Gateway area and it fits with the wider physical, social and economic transformation that is underway.  The statistics demonstrate that more has to be done to help the community improve its health and to address the long-standing health inequalities which is why Clyde Gateway sees this as a key objective over our next 10 years.”

Joe FitzPatrick MSP, Minister for Public Health, Sport and Wellbeing said: “Reducing inequalities is critical to achieving our aim of making Scotland a better, healthier place for everyone, no matter where they live.

“I’m confident this project, which features local people and highlights some of the most common reasons people avoid screening, will help the community improve its health and go some way to address health inequalities.

“Our £42 million Detect Cancer Early Programme aims to increase early detection of Scotland’s most common cancers - breast, bowel and lung. Our new campaign ‘Survivors’ launched recently across TV, radio and digital channels, targeting those in the most deprived areas, to highlight that more people are surviving cancer than ever before and getting checked early plays a big part.”

Susan Lyons from Rutherglen volunteered for the “Don’t Skip Your Screening” campaign because she had lost her husband to bowel cancer. She said: “Because we lived in England at the time, my husband was too young to be screened. By the time he was diagnosed, the cancer was at an advanced stage and he didn’t have long left to live.

“In Scotland we are lucky – we are invited for bowel cancer screening every two years from the age of 50, and I think it’s so important to take that test. You're 14 times more likely to survive bowel cancer if it's found early.”

Rosie Smith, Cancer Coach, People First (Scotland) said: “I decided to become a Cancer Coach because I've dealt with a lot of cancer in my family and I wanted to learn more and help other people going through the same thing, seven of us are taking part as coaches.

“Women with learning disabilities often don't get the support they need to go for screening.

Information is not offered, or it is not accessible.  We think this project can change that and will encourage more women with learning disabilities to get screened.”

Back to News
News archive